The magazine FAC Kontakt was first published in september 1958 by the Transitoria Trading Company, a previous owner of the FAC System. Editor of the magazine was Mark Sylwan. Only 3 issues have been published over the time in at least 3 different languages: swedish, german and english. As for the english periodical the title was not called “FAC kontakt”, but “FACTS about FAC”.

The intention of the editor of this magazine was to exchange ideas and experiences with the FAC system. Very intriging models have been published in this magazine, together with some new construction principles. Each magazine starts with a general description of a model and an interview with it’s designer(s). This concept is today adapted by many techinal periodicals. 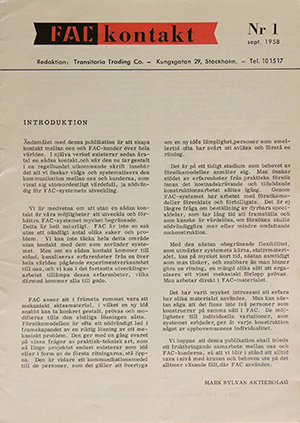 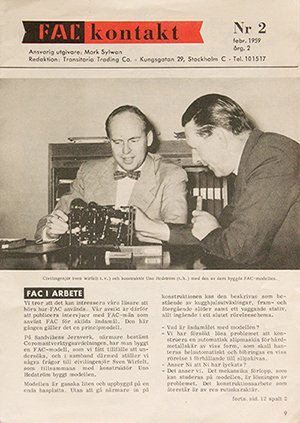 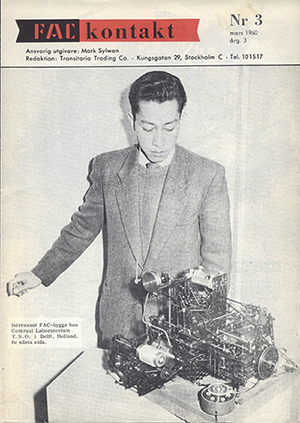 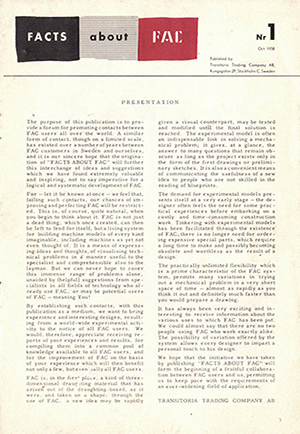 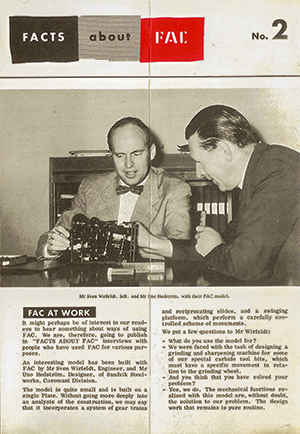 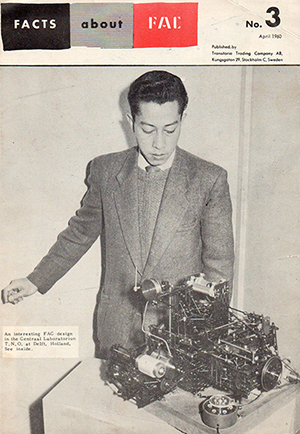 Any reader who has more info regarding to this subject is welcome to contact the author of this site. 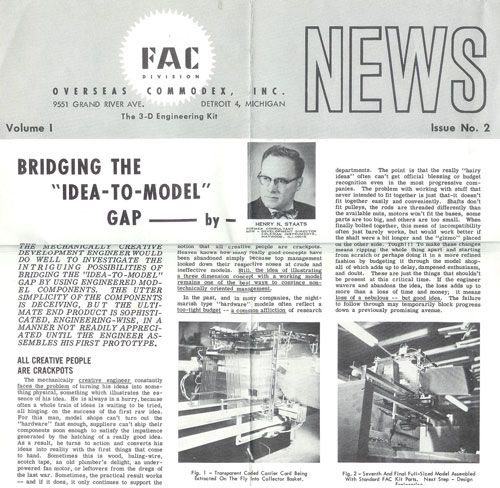