VirtualMEC is a dedicated 3D CAD application for Meccano models building. VirtualMEC is a stand-alone Windows application, now FREE to download. You will not need anything else to virtually build any Meccano model. Building models with VirtualMEC is much as building models with the real Meccano: you start with a part, insert a bolt into a hole, then add another part, add a nut to the bolt, and so on. VirtualMEC contains the rendering and the behaviour logic of more than 600 parts. VirtualMEC supports an interactive and intuitive way for bending parts. The whole contents of set No. 10 of 1970’s, excluding cords, rubber bands and chains, plus not less than 350 additional parts! 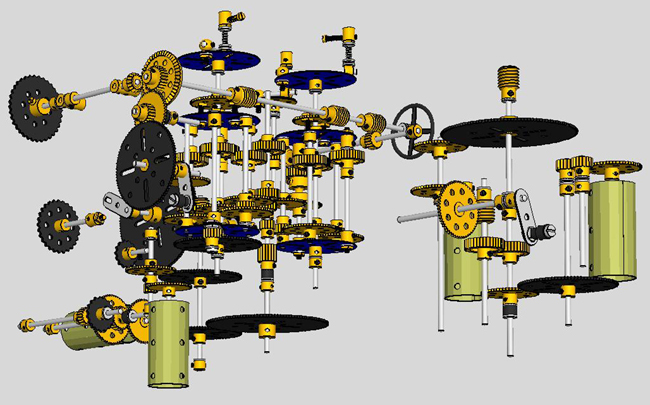 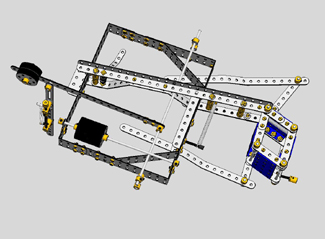 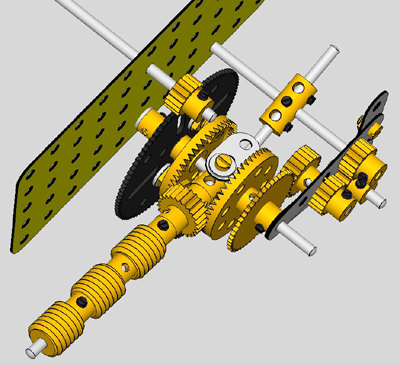 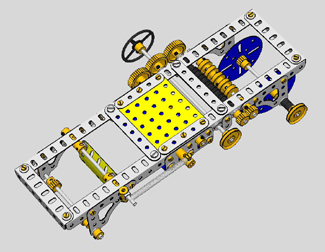 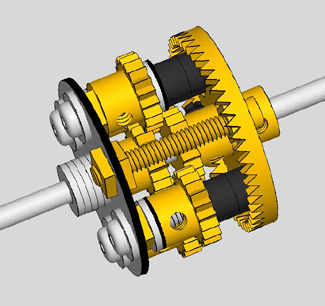 The pictures above were all generated with VirtualMEC in january 2008. This program is easy to learn. One doesn’t have to be specialised in the computer to get familiar with it. After a few hours one can understand most of the features of this program, the interface is clear, which makes rapid prototyping of models possible.

In fact, the Super Meccanograph, which is by it’s size and complexity not an easy model to build, took no more than 4 days to design.