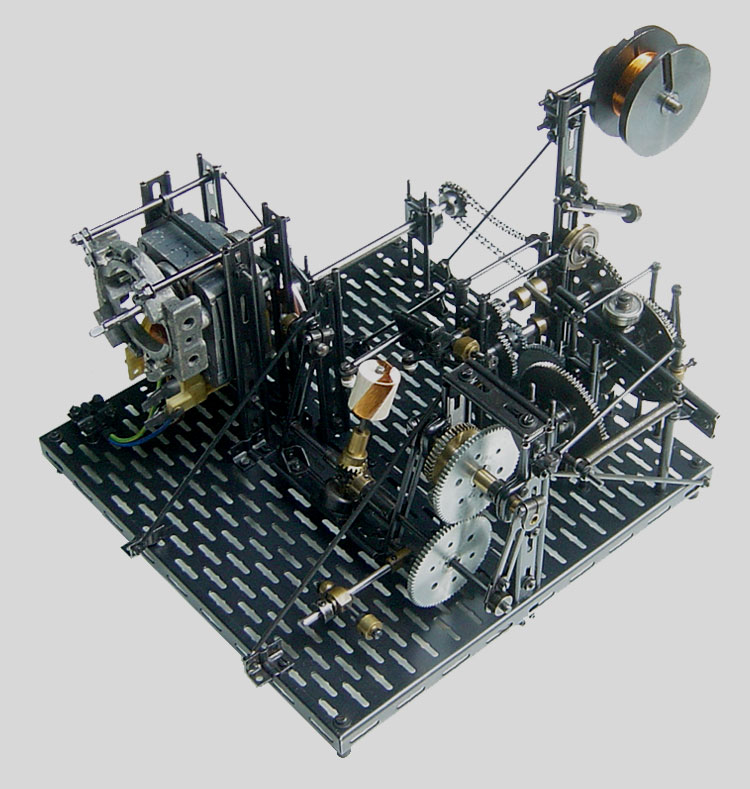 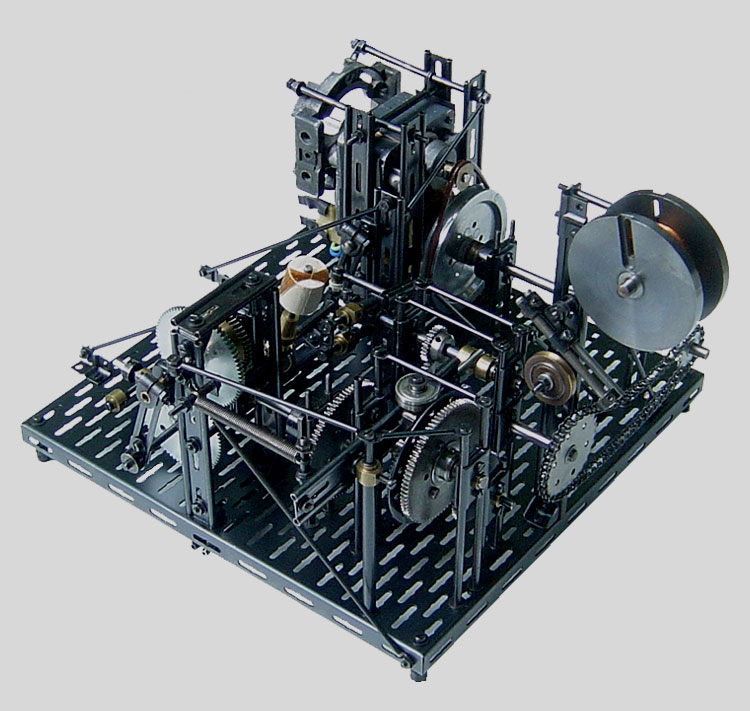 These pictures represent a rebuilt version of prototype 2 of the orthocyclic coil winding machine.

The original was designed and built by Philips in the mid 1960’s. This version is an exact replica, except for the counter. The insulated copperwire on the coil has a thickness of 0,10mm.

The camwheel is entirely built with FAC parts (the original used some custom made parts) and the movement of the mechanism through the camwheel is guided by a roller bearing. 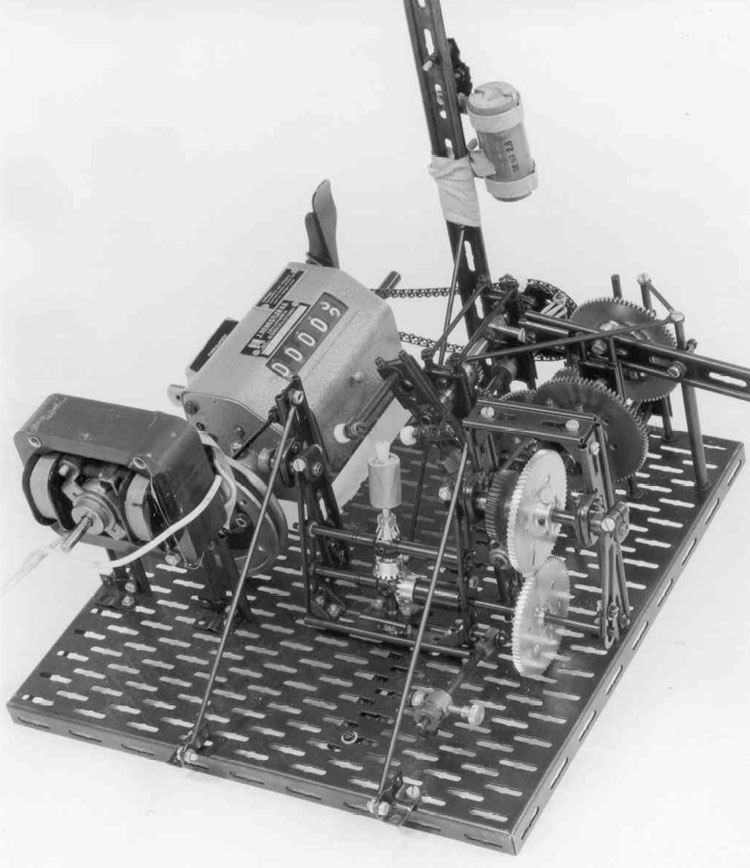