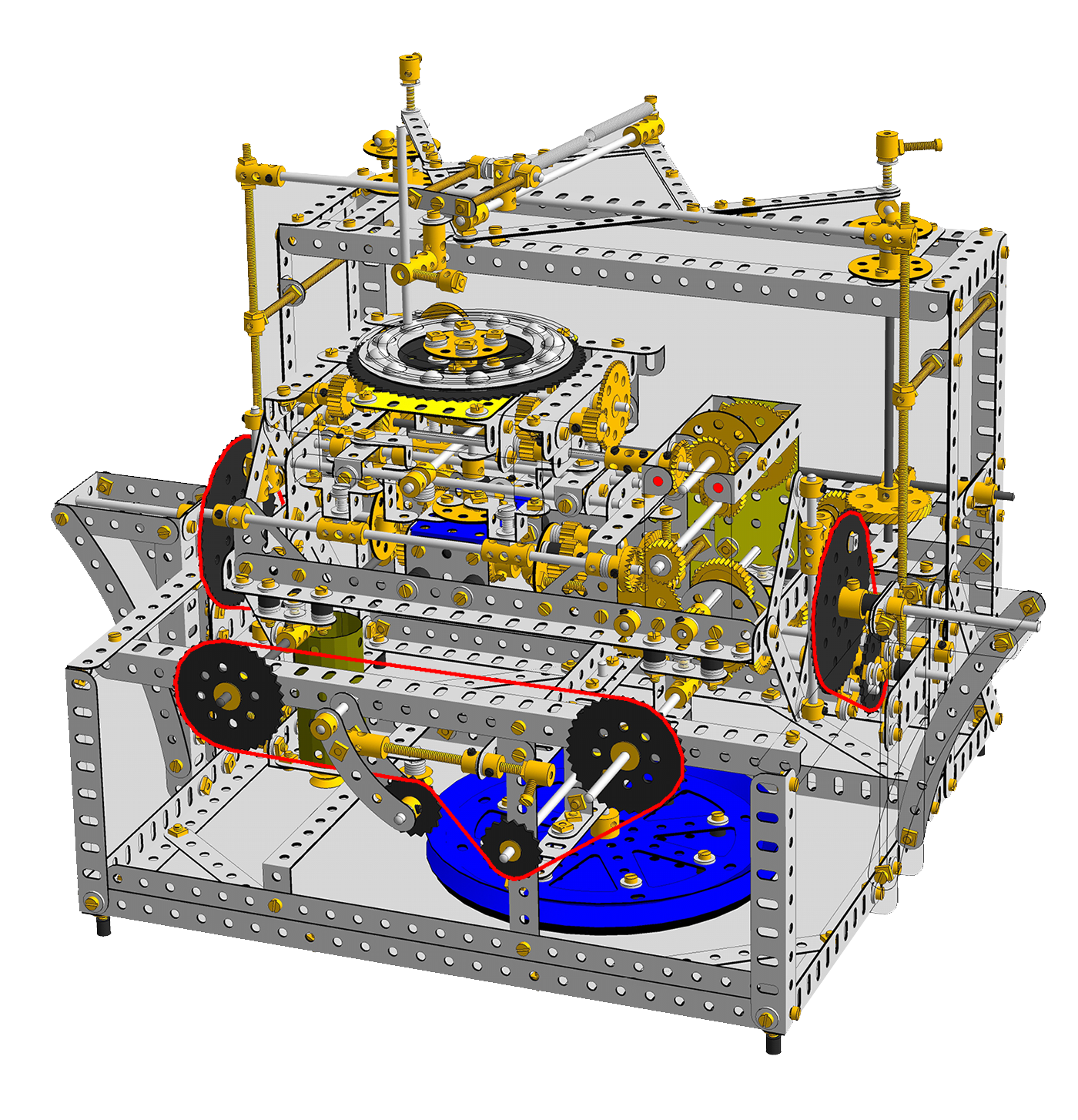 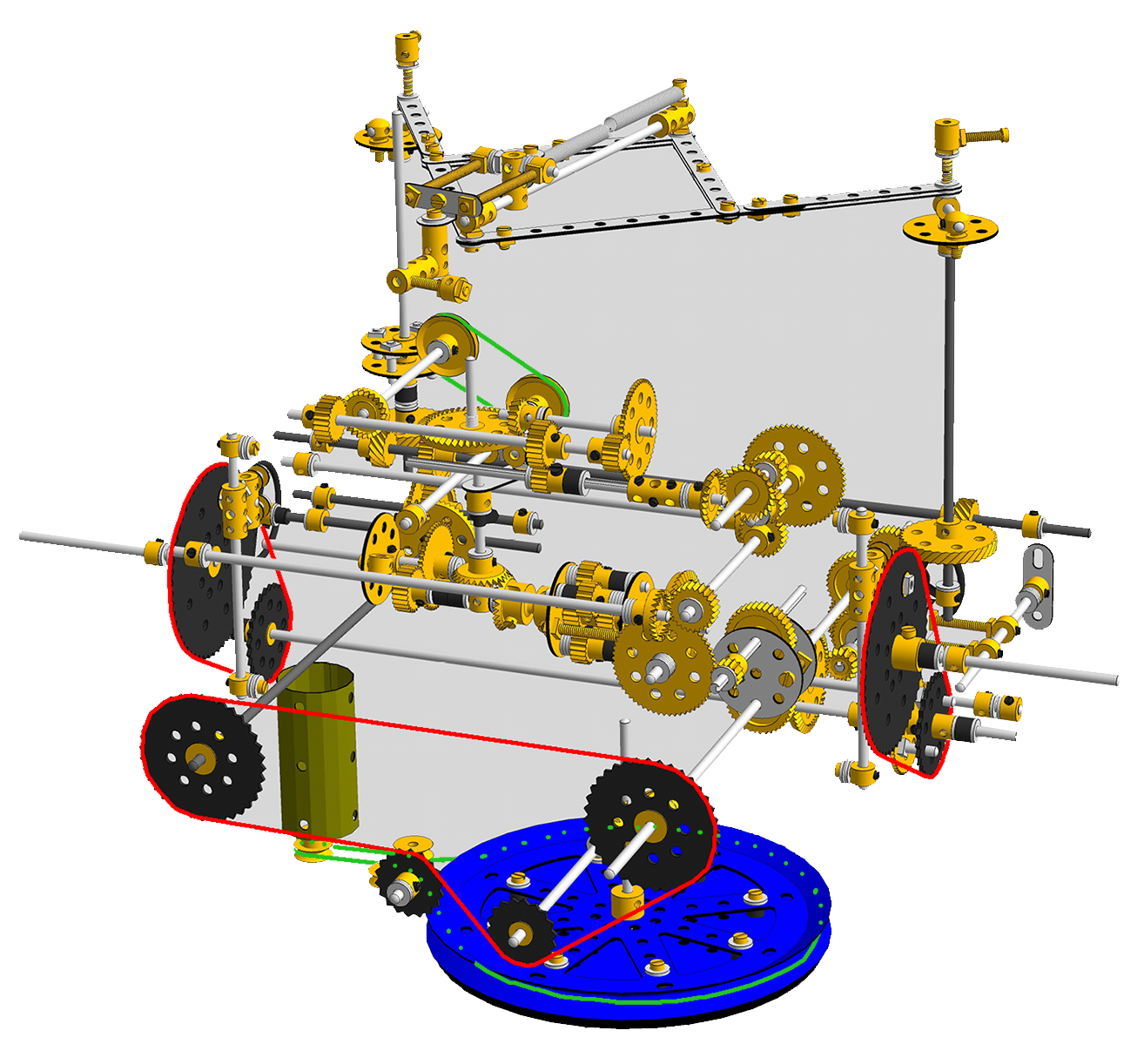 The concept of this harmonograph is based upon supermodel 26 and on electronical science.

A harmonic motion is a general term applied to a reciprocating motion like that of a piston or a pendulum of a clock. The records obtained by the means of an instrument of this kind are invaluable to the scientific investigator as a means of studying the laws of vibration in relationship with time.

In the electronical science we can make an alternating current visible on an oscilloscope and the descriptive lightbulb will show a harmonic movement. Two of these alternating currents with a constant frequency made visible alongside two perpendicular axles (x and y direction) will form typical figures, the socalled Lissajous figures.

The red wire in the picture above is in fact a chain and the green wire can be a driving band or even better a polycord round belt.

The 3D computermodel was made with VirtualMec, version 6.1 and can be uploaded via the VirtualMec website.