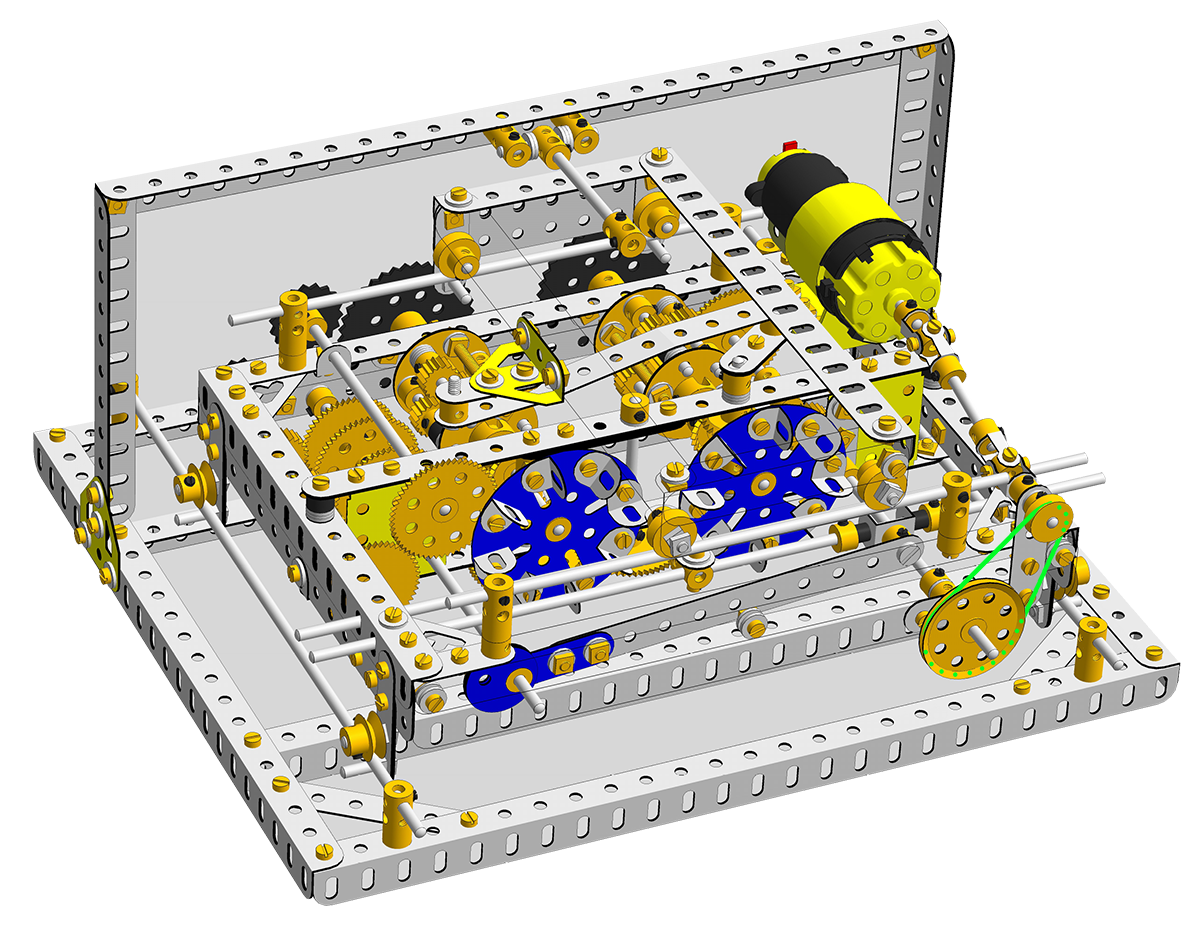 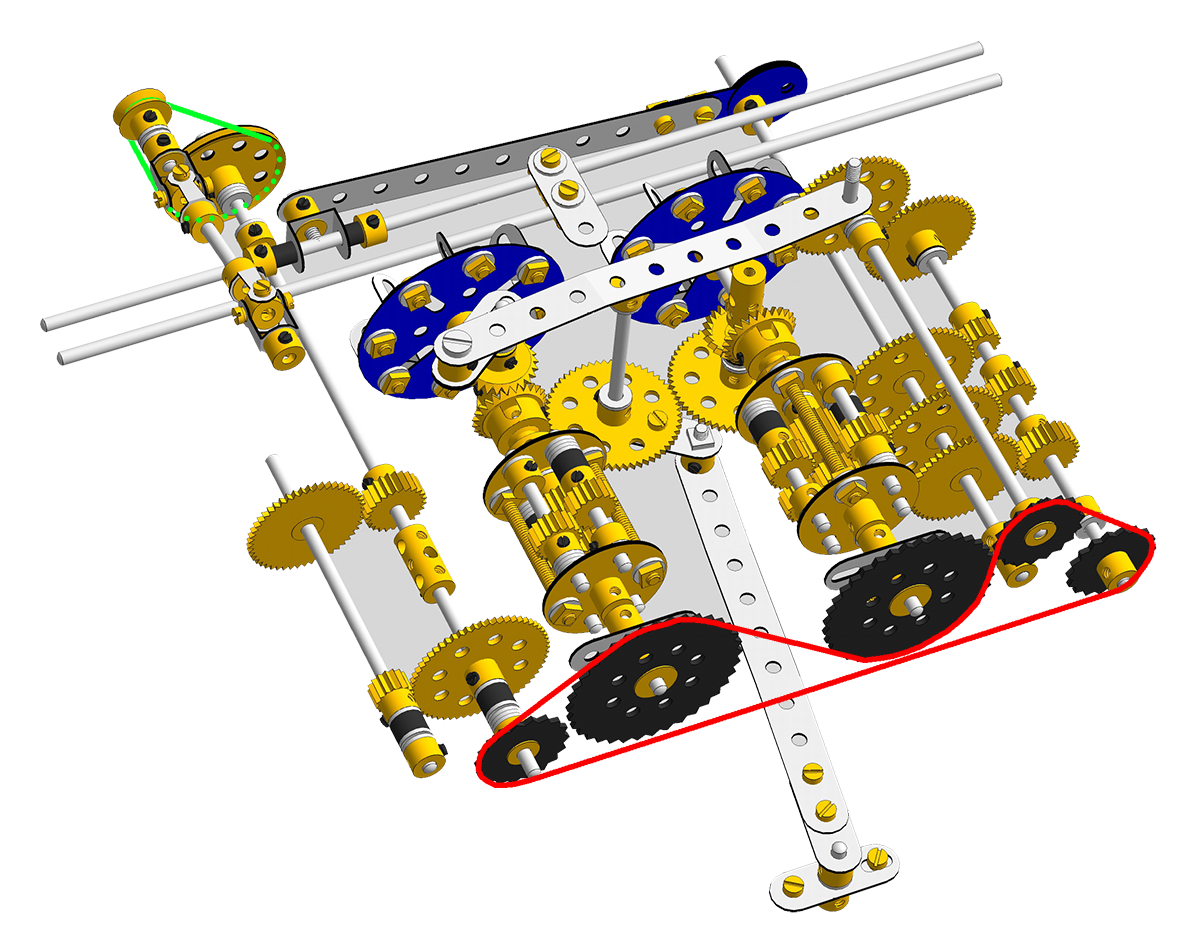 This drawing machine was designed and built by ir. Hans van den Berg in the beginning of 2009. The model is still under development.

When operating, the machine draws perfect rectangulars. The two blue faceplates act as programdisks and are responsable if and when the x and y table is moving.

In theory this machine must be able to draw a circle, but this requires a certain interaction between the 2 faceplates. Further, to decrease the interval between each movement of the table, the number of the brackets mounted on each faceplate must be increased. This is difficult if not impossible with the faceplates as a start. The faceplates could be substituted by a contrate gear - nr. 28 - whereby each tooth of the contrate can be seen as an interval. Even in this concept it is not assumed, that the machine will draw a perfect circle.

A possible solution might be the following. In stead of the faceplates 2 differentials are mounted on the main axle. This results in 2 extra input axles to drive the main axle. The movement of the first axle can be specified as a rotating movement with a constant speed. A reciprocating device is connected to the other axle, thus introducing a variable speed conform a sinus. The result of both movements can be found back in the movement of the main axle, which should lead to a sinusoid displacement of the tables. The function of the first axle is to avoid a reverse direction of the movement.

The 3D computermodel was made with VirtualMec, version 1.7.2 and can be downloaded via the VirtualMec forum or here. The red wire in the picture above is in fact a chain and the green wire can be a driving band or even better a polycord round belt.

So, anyone with ideas is welcome to contact the author of this site. 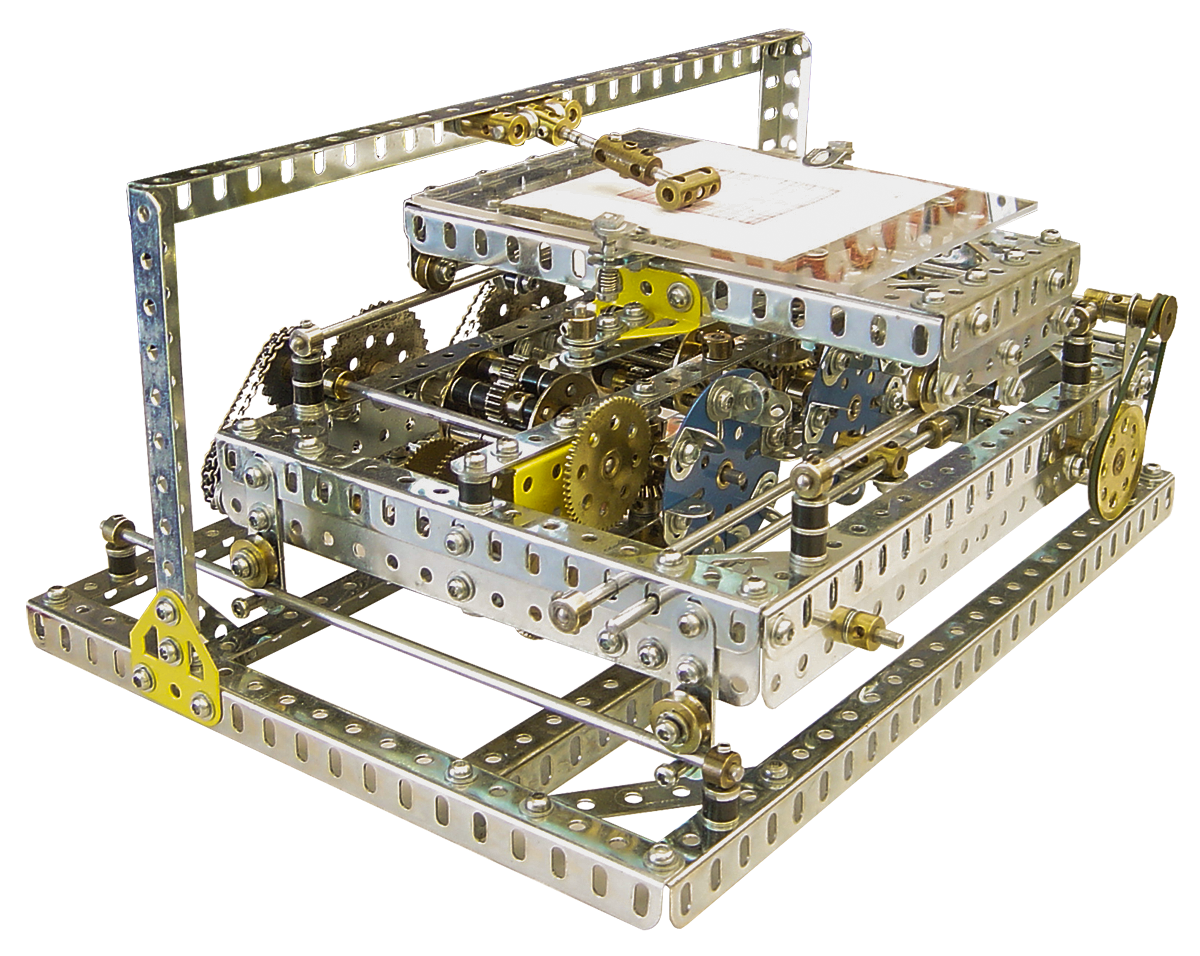