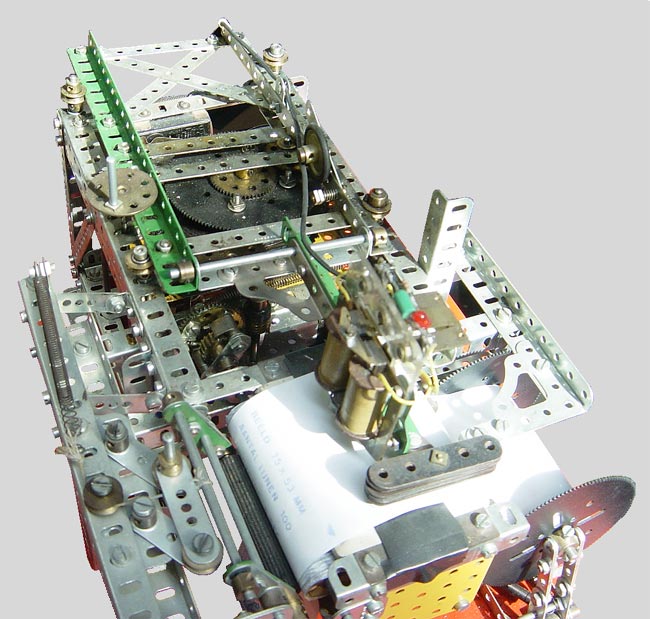 These machines were developed by Philips and were meant as demos to understand how a television picture is made. Old tv’s have a screen refreshment of 25 pictures a second. The scanning machine has an electric eye which scans a black and white drawing. Whenever the electric eye sees a black point in the picture, the needle of the printing machine is lowered and makes a black mark on the paper.

In that way the picture is being built up, dot by dot and line by line. The synchronizing of the two machines was one of the difficulties Philips had to overcome.

If the pen moves to the left, the movement is practically linear with time. This has been realized by means of planet gearing. It adds a small second harmonic component to a common sinnussoidal motion in such a way that one flank of the sine curve is made practically linear.

(This text is an extract of a report written in 1969 on behalf of a film made by the Evoluon Science Center in Eindhoven related to exhibits entirely built from Meccano parts called “Prelude to Technology”. The film was sent to Meccano Ltd with an explanatory of the possibillities of Meccano, but a response was never sent back and the film, apparantly has been lost. Who can tell more about this?)