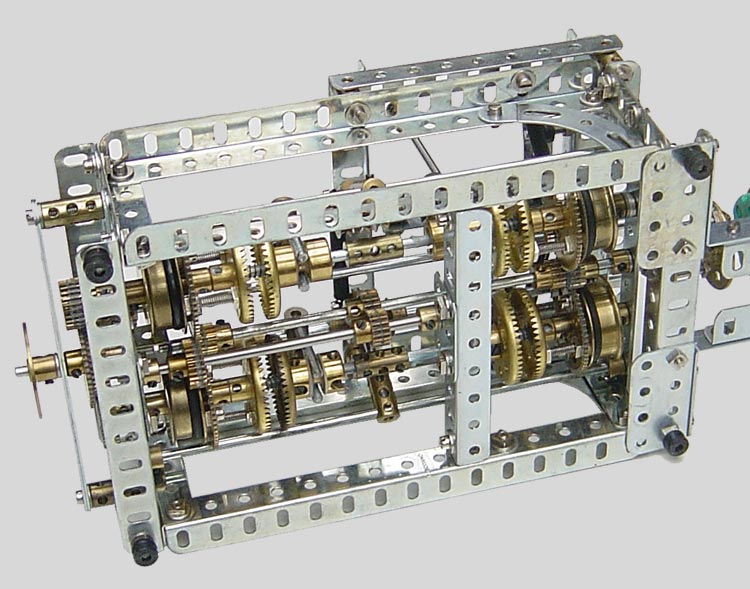 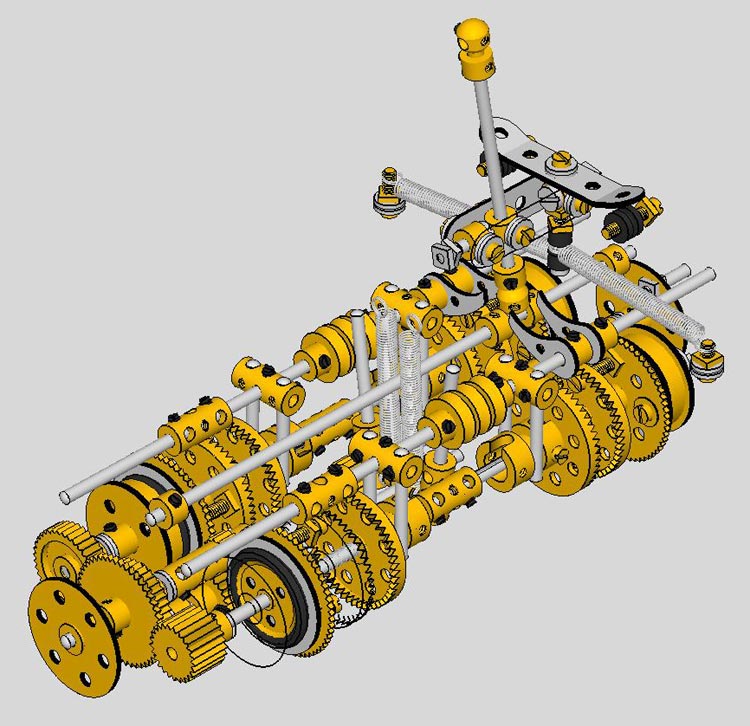 This model was designed and built by Dr. Michael Adler.

Many Meccanomen know the crash action when two gears are engaged, especially when one of them is turning rather fast. Before the days of synchromesh gearboxes, gear engagement in cars required double-declutching, where the clutch pedal is first pushed in once to disengage the engine from the transmission. This takes the pressure off the dog teeth so that the collar can be moved into neutral. Then the clutch pedal is released and the engine revved to the “right speed.” The right speed is the rpm value at which the engine should be running in the next gear. The idea is to get the next gear and the collar rotating at the same speed so that the dog teeth can engage. Then the clutch pedal is pushed in again and the collar locked into the new gear. At every gear change one has to press and release the clutch twice, hence the name “double-clutching.”

A clever improvement in the design of the manual gearbox in modern cars uses synchronizers to eliminate the need for double-clutching. Such a gearbox is called a synchromesh gearbox and is shown in the pictures above. (Text with courtesy of Dr. Michael Adler)

The 3D computermodel was made with VirtualMec, version 6.1 and can be uploaded here .

Visit my YouTube channel Meccano Kinematics to view the working of this model.